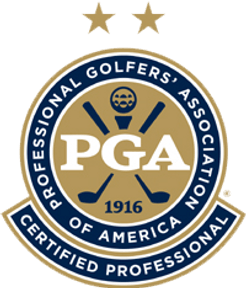 Matt is a Class A PGA Professional who has been teaching golf since 1999.  He holds all four certifications that the PGA offers to their membership.  He is certified in General Management, Golf Operations, Player Development, and Instruction.  He was the third in all of the PGA to earn all four certifications.

In 2012, he became a US Kids Golf Certified Instructor.  He was the first to receive this distinction in the state of Florida.  Matt was selected by US Kids Golf as a Top 50 Kids Teacher in 2013 and 2014.  In 2015, he was awarded the US Kids Golf Top 50 Master Kids Teacher award.  Matt has coached the boys varsity golf team at Saint Stephen's Episcopal School in Bradenton, Florida since 2008.  He has led his team to the state tournament 6 times, finishing 2nd, 3rd, 5th, 6th, 7th and 8th.  Matt was   selected as the Sarasota Herald Tribune High School Golf Coach of the Year in 2009, 2014, 2016, and 2017.  He has many students that have gone on to play Division I Golf on scholarships.  He has students that have participated in The US Junior Amateur and US Amatuer Tournaments and even the PGA Tour.  He has also been recognized as the West Central Chapter of the NFPGA Junior Golf Leader in 2014.

Matt has served as Manatee County's Golf Coach for Special Olympics.  He instructs the course that certifies coaches to become coaches in their respective counties.  He has worked with the Hillsborough County Special Olympic Team for the past three years.

Matt lives in Palmetto, Florida with his wife Tracy and their four children.  Three boys and a girl, and yes they all play golf!